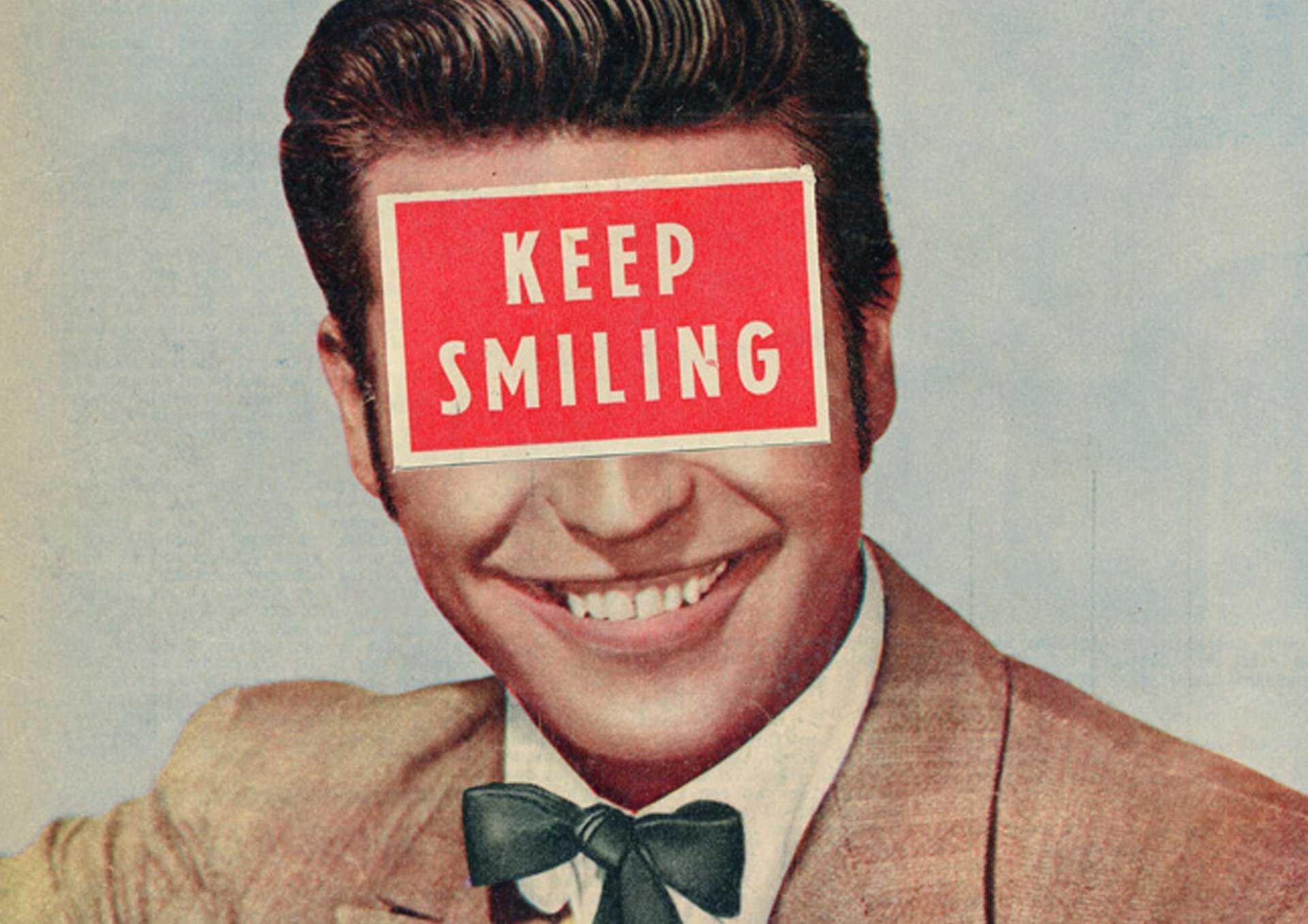 DISCOVER THE SURREAL WORLD OF THIS AMAZING COLLAGE ARTIST

THE ARCHIVE: How did your journey towards the artistic world begin?

SAMMY: I started collecting vintage magazines a long time ago being intrigued by the look of the fifties & sixties. Later on I set up my own postcard Company & started using these found images to create my first collages. I haven’t stopped creating since.

TA: Which one of your collages would you say describes you the best? Why?

S: One collage I made called ‘ Solid Advice’ . A man with a silly grin & a sign over his eyes stating ‘ keep smiling’. It has both a humorous side & a darker message in it. I like to combine both.

TA: You have been compared to Magritte and Dalí, how did this comparison make you feel?

S: Very humble. I think it’s a bit too much honour. I replied to that saying I am only their Little cousin.

TA: If you could chose any artists, dead or alive, who would you want to collaborate with?

S: A day in the Factory with Andy Warhol would be nice!

TA: Do you have a favorite piece of art? If yes, what is it and why is it your favorite?

S: Don’t really have an absolute favorite but I am a big pop-art fan.

TA: What is fashion to you?

S: Not really my thing. Clothes for me are mainly functional.

S: At best an inspiration at worst a source of irritation.

TA: What would be the biggest risk you took in your life?

S: I would say… Starting my own art gallery.

TA: You recently began working on Vine projects, what would be your next move in the artistic world?

S: I just bought equipment to make silk screens. Haven’t had the time yet to make any but I would really like to devote some time to learn the technique.

TA: What do you like the most about your job?

S: The freedom it offers, being your own boss. To make your living with something you love to do is a luxury.

TA: And what do you enjoy doing the least?

S: Accountancy & getting up too early!

TA: What advice would you give your 14 year old self if you could travel back in time?

S: Don’t be afraid to jump, experiment & listen to yourself & ignore a lot of the so called ‘good advice’.