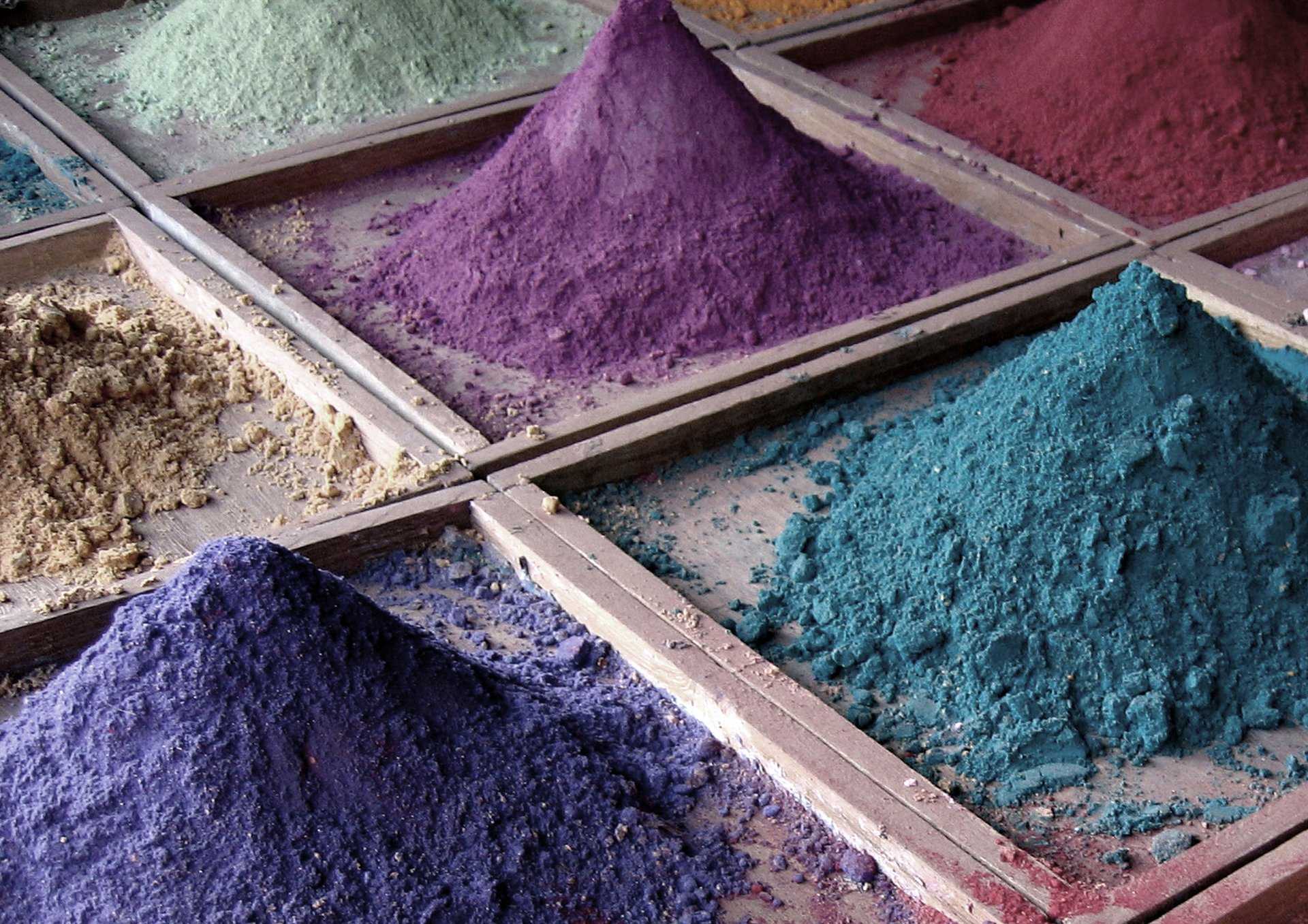 At a time when the terms “bio”, “eco-friendly” and “organic” are back in vogue together with a more conscious and respectful #goodvibes lifestyle, the society has looked back in time and rediscovered an ancient tradition that represents an intrinsic part of this renewed philosophy: the natural dyeing process, a technique which implies fabric dyeing with natural pigments or colorants derived from invertebrates, minerals or plants.

One of the reasons that may have prompted this rebirth for natural dyeing is that in the last few years, the western population have become more and more concerned about the environmental and health impact of synthetic pigments, therefore causing a growing demand for naturally dyed fabrics. Still, natural dyeing is not but a precious technique that dates back to the Neolithic period and that has reached our hands with just a few adjustments from the original process: typically, the dye material is put in a pot of water together with the fabrics we wish to dye. Then the pot is heated and stirred until the desired colour is fully transferred to the textiles. It is also important to recall that many of those natural dyes require the use of some chemicals called mordants to bind the dye to the cloth’s fibres. Salt, natural alum, vinegar or andammonia are some of the mordants used nowadays, leaving behind stale urine, the one mainly used by early dyers.

Nevertheless, part of natural dyeing’s ancient essence has to do with colours, their uses and meanings throughout centuries. Although browns, reds and oranges were the first attested colours in several ancient textile sites ranging from the Neolithic to the Bronze Age all across the Levant, Egypt, Mesopotamia and Europe –followed by evidence of blues and yellows- the earliest surviving evidence of textile dyeing was found at the large Neolithic settlement at Catalhöyük, in southern Anatolia, where traces of red dyes, probably from ochre (iron oxide pigments from clay) were found. Polychrome or multi-coloured fabrics seem to have been developed in the 3rd or 2nd millennium BCE. And, we will have to wait until the Sixth Dynasty (2345-2180 BCE) and the Egyptian pyramids to see some textiles with a “red-brown warp and an ochre-yellow weft”.        In any case, there are a few dyes that have undeniably left their mark on our history:

Tyrian purple or royal purple, the premier luxury dye of the ancient world. This purple-red pigment was extracted from several genera of sea snails, mainly the spiny due-murex Murex brandaris. This dye was greatly prized because not only did it not fade in time but instead became brighter and more intense with weathering and sunlight. Consequently, murex dyes were so expensive that the Roman Empire imposed a strict monopoly on their use that was maintained by the succeeding Byzantine Empire until the Early Middle Ages. Not in vain, “born in the purple” was a term for Byzantine offspring of a reining Emperor.

Crimson and scarlet. Tyrian purple sovereignty was replaced both “in status and desirability” by the crimson reds and scarlets of the new silk-weaving centres of Italy, coloured with kermes, a dye with a really ancient origin given that jars full of kermes (extracted from the dried unlaid eggs of the insect Kermes vermilio) were found in a Neolithic cave-burial at Adaoutse, Bouches-du-Rhône, France. Around the 11th century, kermes-dyes textiles became very popular and begun to be called “grain” in all Western European languages because the resemblance between the desiccated eggs and fine grains of wheat or sand. By the 14th and early 15th century, beaming full grain kermes scarlet was “by far the most esteemed, most regal” colour for luxury woollen textiles in The Netherlands, Belgium, England, France, Spain and Italy. However, not so long and far from the kermes’s supremacy, cochineal, a scale insect of Central and North America used by the Aztec and Maya tribes, became the main source for the crimson-coloured dye. Soon after the Spanish conquest of the Aztec Empire, it began to be exported to Spain and, by the 17th century, it was traded as far away as India, becoming Mexico’s second most valued export after silver. In addition, cochineal produced purplish colours alone and brilliant scarlets when mordanted with tin; thus cochineal, which produced a stronger dye and could be used in smaller quantities, ended replacing kermes dyes in Europe from the 17th century onwards.

Blue. All blue dyes were derived from indigo dye-bearing plants, especially those in the genus Indigofera, which are native to the tropics. It is interesting to know that India is believed to be the oldest indigo dyeing centre in the Old World. It was a primary supplier of indigo dye to Europe back in the Greco-Roman era and we know that the association of India with indigo dye is even reflected in Greek language: they called the dye indikon (ινδικόν), a term later adopted by the Romans as indicum and, subsequently, adapted into indigo.

Green, a combination between woad and indigo together with yellow dyes that created the Robin Hood’s perfect pigment. Medieval and Early Modern England was especially known for its green dyes. The dyers of Lincoln, a great cloth town in the Middle Ages, created the Lincoln green cloth associated with Robin Hood by dyeing wool with woad and then overdyeing it yellow with weld or dyer’s greenweld/broom.

So Byzantine Emperors’ purple, crimson reds and scarlets of ancient Italian silk weaving centres, Greco-Roman indigo and Robin Hood’s green are just a few examples of well-known colours which were naturally obtained and which have survived all those centuries and live today among us. Of course, the discovery of synthetic dyes in the 19th century triggered a long decline in the large-scale market for natural dyes. Synthetic dyes, quickly superseded natural ones for the commercial textile production enabled by the industrial revolution. However, artists of the Arts and Crafts Movement preferred the pure shades and subtle variability of natural dyes, which mellow with age but preserve their true colours and helped ensure that the old European techniques for dyeing and printing with natural dyestuffs were preserved. Those desires were also shared by many people who wanted to maintain a sustainable, natural way of living and dressing themselves. Among all of them, we can mention Justine Aldersey-Williams, the designer, maker and owner of The Wild Dyery –an open studio/shop in Great Meols, Wirral, England- in which she and her team pattern ethically sourced cloth by hand using traditional resist techniques. Their textiles are then dyed using flowers, bark, roots and leaves, imbuing the fabric with resonant colour and an ethical provenance. They also create a range of home textiles and “dye it yourself” kits and accessories. All their products, workshops and e-courses (their next step) aim to help preserve this heritage craft whilst promoting sustainable eco-textiles.

So, there is simply no excuse. Now that we know its history, some of the main dye’s background stories and being just a click away from expertise advice, we have to try natural dyeing and become, more than ever, #naturallynatural.