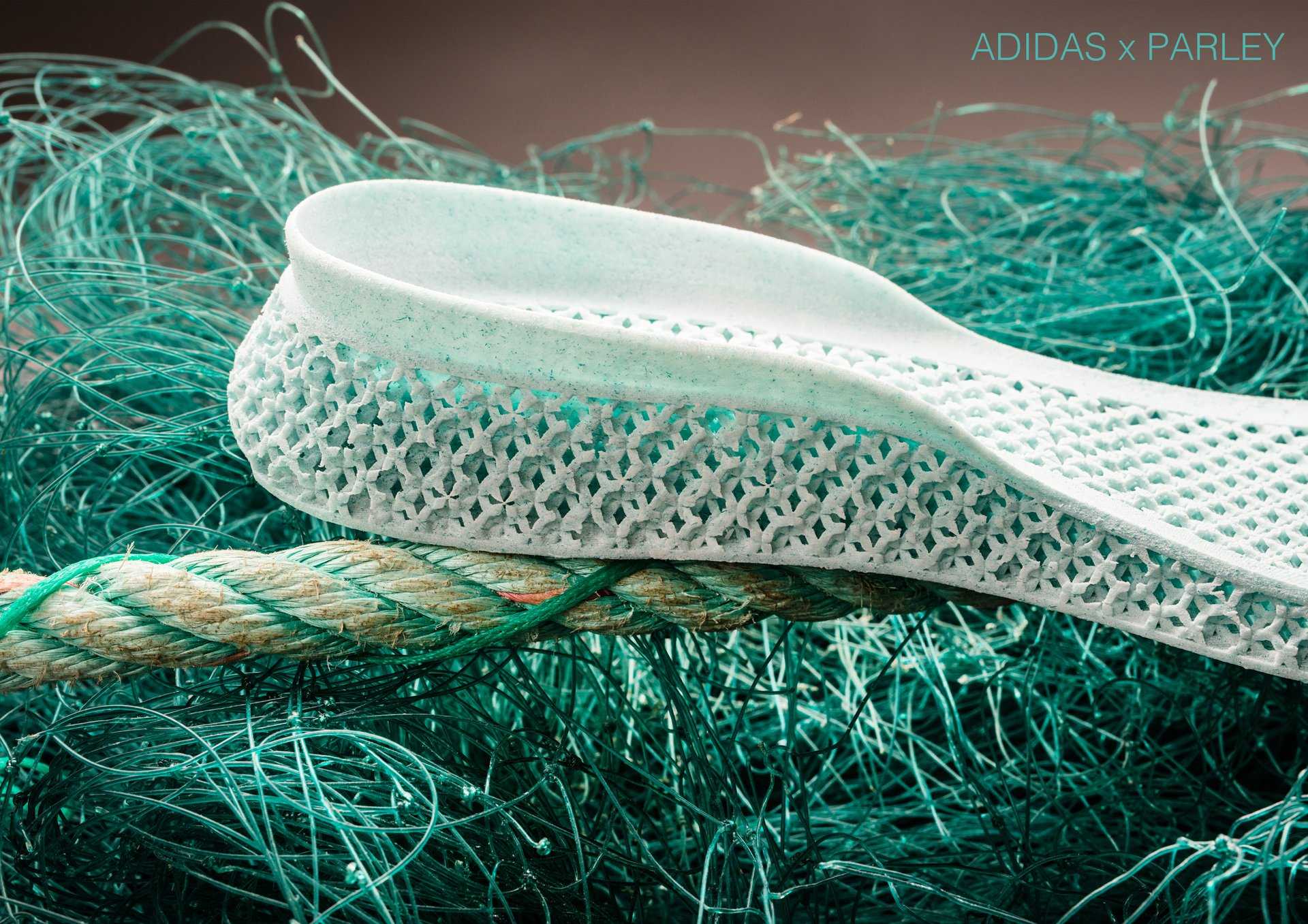 How Green How Beautiful

As kids, we surely had all dreamed of finding a bottle containing some kind of secret message, or even a treasure map! But harsh reality is, we do find lots of bottles on the shores, and those are not good news. They do not hide mysteries, but more of a sad truth; oceans are full of dirt.  No need to be saying this, we must re-educate ourselves in order to become more conscious and concerned about our planet.

Meanwhile, adidas has found a way to counteract what has already been done; retrieve part of the ocean plastic and transform it into a 3D-printed ocean plastic shoes midsole. Pretty cool, huh? Well, in order to achieve such a great initiative, adidas teamed up with Parley for the Oceans, a creative group whose main goal is to raise awareness and consciousness on how fragile our oceans are. Their objective is to reach the public through reference companies that may lead people into better actions and behavior. And this time, on the occasion of COP21, the Parley for the Oceans group was proud to announce their project with adidas. In fact, the big sporting brand has already started some other initiatives endorsing ecology in their own company, such has removing plastic bags from their retail stores.

Indeed, the team Parley for the Oceans-adidas is a huge impulse for the ecology worldwide. Both because it includes a leading and reference company, and because they started a workable project, which makes ecology an attainable reality.

In this context, Bureo is another name worth to know about. The skateboard brand started an amazing initiative called “Net Positiva”. What do they do? They recycle fishnets and transform them into skateboards. And how do they do that? Well, Net Positiva, which is the first fishnet collect initiative in Chile, provides fishermen recycling disposal points, while Bureo receives sustainable materials to create their products.

Just like Parley for the Oceans, Bureo is aware of all the dirt and plastic thrown in the ocean during the year, which is why they decided to start this great initiative. Not only to solve the existing issue, but also in order to raise awareness on the future generations, which might be the real concerned ones.

Actually, fishing nets represent 10% of all the plastic thrown in the oceans, and are a challenging material for fishermen to recycle. They are a huge threat for ocean species and to nature itself. That’s why Bureo decided to start the Net Positiva program, making things easier both for fishermen and for the oceans. By now, more than 10,000 kg of fishnets have been recycled, and the numbers keep growing.

In fact, it is wonderful seeing that such huge brands, like adidas, are willing to take part in this kind of projects, raising consciousness on today’s problems. Hopefully, one day, this kind of initiatives won’t be such surprising news, as we hope many more brands will join similar projects and take part in sustainable programs.